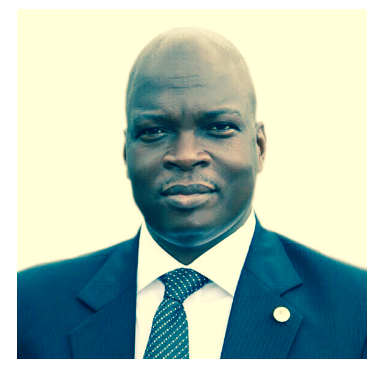 Nine days to his 35th birthday and, remarkably, on the day Nigeria turned 40 as an independent nation (1 October 2000), Hakeem Bello was appointed editor of Nigeria’s Daily Times.

He had joined the Daily Times Group nine years earlier as a senior staff writer on the Sunday Times. He would later be drafted to start a special Saturday edition (Daily Times on Saturday) before being appointed editor of the daily. He was briefly executive editor of another newspaper,National Interest, before Babatunde Raji Fashola, a Senior Advocate of Nigeria, in late 2006, contesting for the governorship of Lagos State, invited him to be the coordinator and adviser on media of his campaign organisation. A victorious Fashola in 2007 appointed Bello as his Senior Special Assistant on Media, and four years later, on winning a second term, his Special Adviser, still on Media.

To celebrate, Bello wants to give back to journalism, a profession which he cherishes and hopes, with assistance from seasoned journalists, would return to the standards obtainable during his days at the Daily Times Group.

Reporting that connects with the people

Believing that reporting is the soul of journalism, Bello is, through The Journalism Clinic, which vision is to raise the next generation of first-rate journalists in Nigeria — and ultimately in Africa — is sponsoring 50 journalists on a one-day Refresher Course on Reporting; to be facilitated by the Founder/Director of The Journalism Clinic, Taiwo Obe, with assistance from Pelu Awofeso, travel writer, blogger and a past winner of the CNN African Journalist of the Year award in the travel writing category, and Adetorera Idowu, who just completed the International Summer Convergence Course at the Thomson Foundation in London, United Kingdom.

“The purpose of journalism,” according to Bill Kovach and Tom Rosenstiel inThe Elements of Journalism, “is to provide citizens with the information they need to make the best possible decisions about their lives, their communities, their societies, and their governments.”

This is the thrust of the workshop: how to report and connect with the people, especially in this digital age.

How you can be part of this workshop

Watch this video and send a short report (of precisely 50 words) tofounder@thejournalismclinic.com, not later than 10:50 pm on 5 October 2015.

Call for Expression of Interest: Training on Safety, Security and Managing Trauma in Investigative Reporting