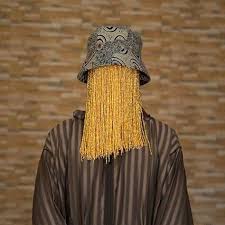 The Coalition for Whistleblowers Protection and Press Freedom (CWPPF) condemns in the most strenuous terms the death of Ghanaian journalist, Ahmed Husseini-Suale and calls on the Ghanaian Government to investigate and bring the perpetrators to justice.

Mr Hussein-Suale before his demise was a member of the investigative journalism team working with Tiger Eye in Ghana. He was said to be on his way home when gunmen on a motorbike opened fire on his vehicle in Madina area of Accra, shooting him twice in the chest and once in the head.

The Coalition calls out his death as another attempt to incapacitate the press from performing the constitutionally guaranteed function and calls on the Ghanaian government to investigate this injustice and try the culprits to the full extent of the law- as chapter 12 of the Ghana constitution guarantees media pluralism and independence.

Mr Anas Aremeyaw Anas and his team which included the late Mr Husseini-Suale have taken on the Ghanaian government and exposed corruption in different sectors of the economy including the 2015 investigation that exposed several judges as taking bribes and forced many of them to resign.

The death of Mr. Husseini-Suale is the culmination of months of violent threats to members of staff of Tiger Eye, whose management had asked the world to prevail on Ghanaian authorities to guarantee their safety and allow them carry out their constitutionally guaranteed functions.

The death of the Tiger Eye investigative journalist is the first death in the line of duty in recent times in Africa and is an alarming escalation of the over 300 reported cases of attacks and harassment of journalists in 2018-2019 as recorded by the Press Attack Tracker, CWPPF labels these attacks a major threat to democracy, freedom of the press and individual liberties of journalists and other media professionals worldwide.