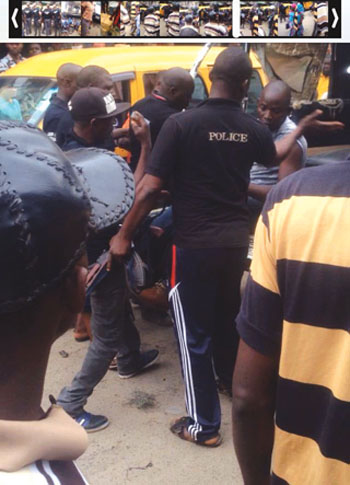 The International Press Centre (IPC), Lagos-Nigeria condemns the assault on The Nation reporter, Sampson Unamka who was alleged to have been slapped severally by police officers, and threatened to be charged for attempting to take pictures of a police officer who was beating up a motorist and a passenger in Mushin area of Lagos yesterday.

The Director of IPC, Mr. Lanre Arogundade in a statement described the act as unacceptable, as the journalist in question was assaulted in the line of duty.

“The duty of the police is to protect citizens and not batter them in the course of their legitimate duty” Arogundade said.

The IPC Director urged the Lagos State Commissioner of Police to immediately investigate the incident and take appropriate disciplinary action against the concerned officers.