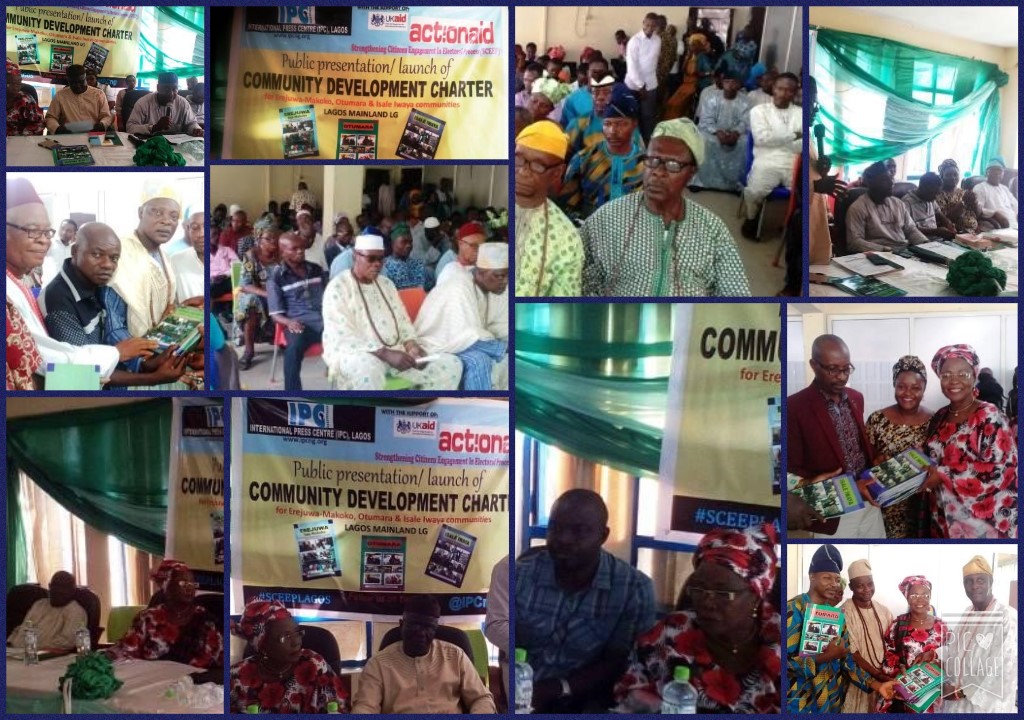 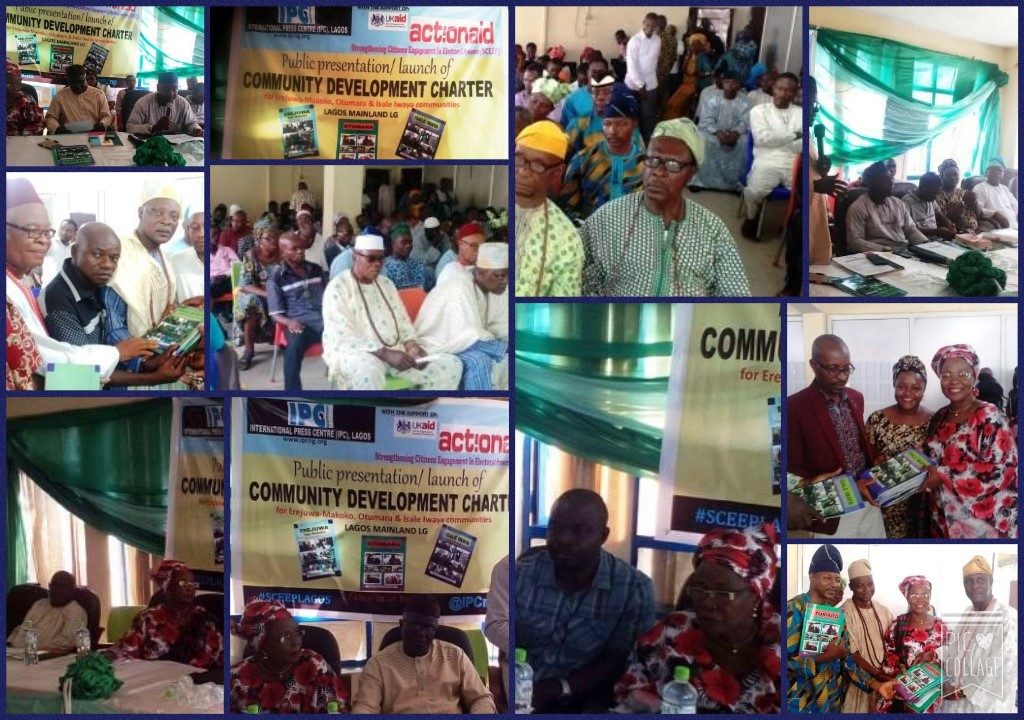 As an important mechanism for awakening the consciousness of the government to the needs of the people, the Executive Director of Gender and Development Action (GADA), Mrs. Ada Agina-Ude, has said that the ordinary people have to participate in processes and decisions that affect their lives.

Speaking as the keynote speaker at the public presentation/launch of community development charter for three communities (Boshoa CDA, Orile Shomolu, Araromi Odo) in Shomolu with the theme, “Enhancing Grass root Development: Putting Girls and Women in the Equation” organized by the International Press Centre (IPC) Lagos, with support of ActionAid and UK Aid, Agina said that good governance can only be guaranteed at grass root level through the participation of ordinary citizens in processes affecting them, and that participation also fosters greater accountability of state institutions to citizens.

“With the decreasing shrinking role of the state in the provision of services to citizens, the prevalence of corruption at all levels, and the absence of equity in terms of the distribution of available resources among citizens and between tiers of government, the participation of people at the grass roots in matters affecting their lives has become even more critical.”

Agina therefore noted that, it was important to seek the opinions of the people, inquire about their problems and their development priorities and aspirations; and jointly explore how to go about solving such problems, and identifying what resources are at their disposal which if efficiently utilized, could impact positively on their lives.

During the interactive session, the community members present highlighted various issues of concern to them while they pleaded with the representative of the Local Government (Mr. T.O Arogundade- Head of Department Agric. Shomolu LGA) to use his position to create a better environment for meeting their demands. Some of the issues include abandoned projects, bad road network, security lapses, poor welfare, lack of town halls for meetings, poor sanitation, etc.

IPC Director, Mr. Arogundade, assured the people that the organization would encourage journalists to accord priority attention to their issues.

He said the launch of the community charters was a milestone because they contain information on all the needs and challenges of the people. He therefore urged the communities to present the charters to appropriate public officials.

Alhaji Fatai Agbakeke who represented Honourable Rotimi Olowo representing the Somolu Constituency in the Lagos state House of Assembly said he was overwhelmed by the demands of the people but promised to bring them to the attention of his principal.

The chairman of the All Progressives Congress (APC) in Somolu local government Femi Taiwo, also pledged that his party – being the ruling party in the local government and the state – would also step up collaboration with the communities so as to solve the problems confronting them.