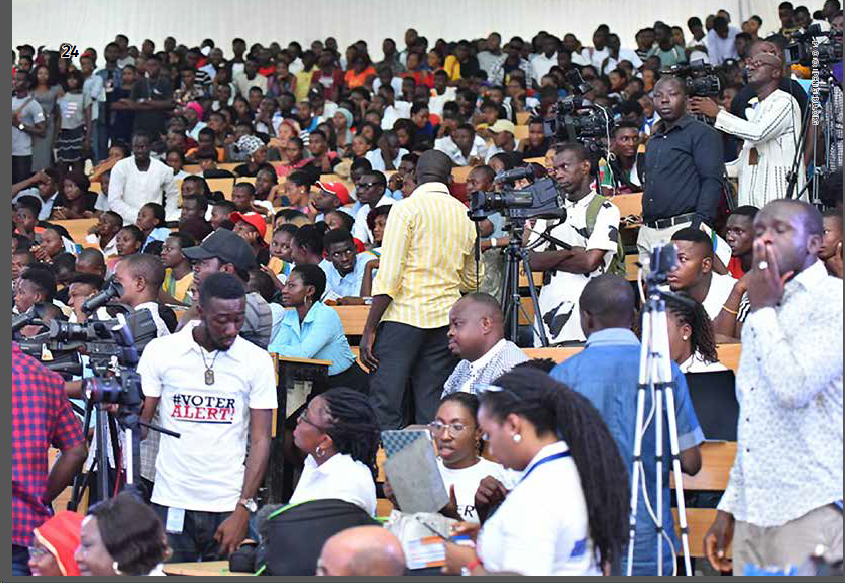 The International Press Centre (IPC), Lagos has expressed strong concern over reported incidents of attacks on journalists and other media professionals during the Presidential and Senatorial elections held on Saturday February 23, 2019.

Information gathered by IPC’s media and election situation room revealed that not less than five journalists and media professionals faced one form of harassment or the other including arrest, denial of access to collation centres and gunshot injury.

The details of these incidents include, the arrest of Nwanosike Onu of The Nation, Geoffrey Anyanwu of Sun, David-Chyddy Eleke of THISDAY, Vincent Ujumadu of Vanguard and Tony Okafor of Punch by a team of fully armed police officers close to the residence of Mr. Peter Obi (Vice Presidential Candidate PDP), Anambra where they had gone to cover him during the voting exercise.

Also documented is the shooting of Reginald Dei, a government house photographer at his residence by unidentified armed men who were said to be in military uniform at Oweikorogha, Southern Ijaw Local Government Area of Bayelsa State. It is believed that he is in critical condition.

IPC Director, Mr. Lanre Arogundade said: “The various attacks on journalists during the general elections are condemnable as they also affect the credibility of the electoral process.”

He said further that, “the rights of journalists to monitor and report election day activities are constitutionally guaranteed and recognized by various regulatory frameworks such as, the Electoral Act, the Nigeria Broadcasting Code and the Nigerian Media Code of Election Coverage and therefore should be respected.”

The IPC Director therefore called on the security agencies and INEC to carry out appropriate investigations with a view to prosecuting or sanctioning the alleged perpetrators of the attacks against the concerned journalists and media professionals.