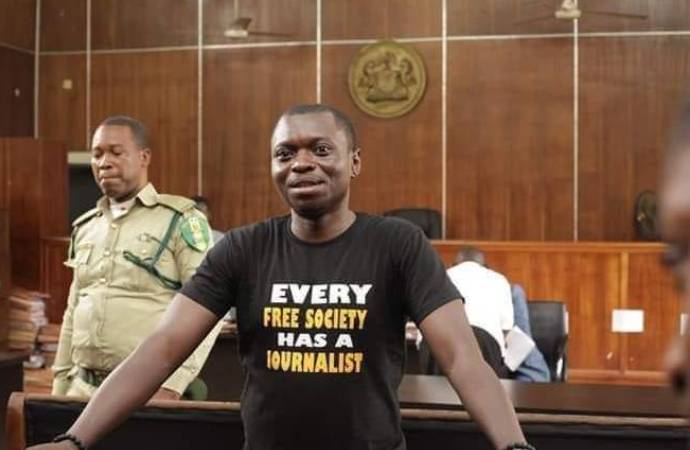 The International Press Centre (IPC), Lagos-Nigeria calls for the immediate release of journalist Agba Jalingo, Editor-in-Chief/Publisher of CrossRiver Watch who was whisked away after the Police subjected his wife and children to unwarranted harassment for hours at his residence in Ketu Lagos, yesterday on Friday August 19, 2022.

Reports reaching IPC Safety Desk state that, “a team of police personnel dispatched from Abuja stormed the home of Agba Jalingo at Alapere, Ketu in Lagos to arrest him. He was yanked out and taken to the Area F Police Command, Ikeja, Lagos where he was detained until this morning and he is currently being detained at the Criminal Investigation Department, Garki, Abuja.”

It is alleged that Jalingo committed “defamation and infringement of integrity” which according to informed legal opinion does not constitute an offence under any provision of the Nigerian Criminal Code.

IPC Executive Director, Lanre Arogundade in a statement condemned the arrest; noting that detaining a reporter for doing his/her job amounts to nothing but abuse of power and gross violation of fundamental human rights.

He also condemned the fact that this is not the first time Jalingo is being detained, as this was the case in 2019 when a similar arrest led to his detention for over 140 days over spurious terrorism charges.

IPC therefore calls for his immediate release while in the alternative he should be charged to court soonest to enable him enforce his fundamental right to freedom.