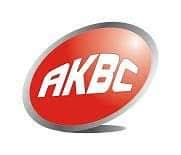 Details from Leadership Online Portal has it that, “a news editor with the Akwa Ibom State Broadcasting Corporation (AKBC), Harrison Essien was attacked by gunmen at the AKBC Transmitting Station, Ntak Inyang, few meters from Calabar-Itu highway in Uyo  yesterday, October 20, 2019.”

“It will be recalled that few weeks ago, five employees of the same Broadcasting Corporation were attacked by armed robbers in the same location, even as most of the victims are currently treating injuries sustained during the attack, the report said.”

The Director of IPC, Mr. Lanre Arogundade in a statement demanded that the State Commissioner of Police should immediately probe the recent attacks and take the necessary actions while the alleged perpetrators should be made to face the consequences of their actions.

“Security agencies and vigilante groups should come to the aid of the staff of the organization by beefing up security in the area,” Arogundade added.