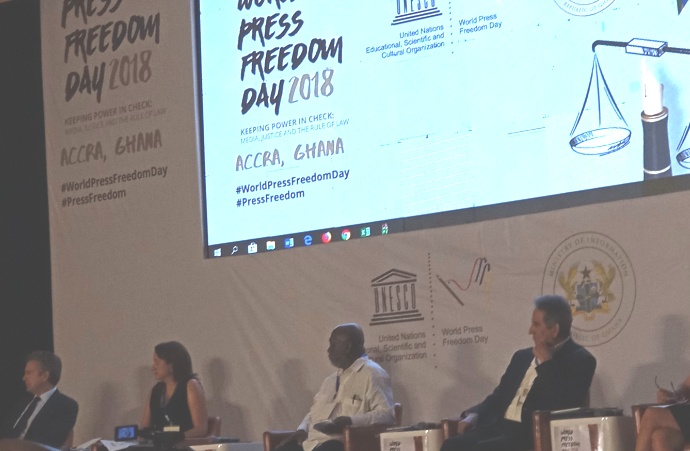 Issues of protection of journalists, the defense of digital and Internet rights and demand for end to impunity for acts of crime against journalists have dominated the celebration of this year’s World Press Freedom Day (WFPD) 2018 holding in Accra, Ghana.

With the theme: “Keeping Power in Check: Media, Justice and the Rule of Law.” participants drawn from across the globe, took turn to review the challenges confronting journalists at the annual press freedom festival organised by the United Nations Educational Scientific and Cultural Organisation (UNESCO). This is the 25th edition and Ghana is the fourth African nation to hold this summit.

About 1000 participants were in attendance from across the globe. They included journalists, media bodies and associations, media experts and academics, media development workers, government representatives and donor agencies. 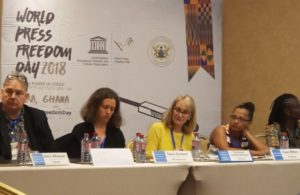 UNESCO’s Deputy Director-General, Getachew Engida while giving his opening address said there was the urgent imperative of putting in place national mechanisms for the safety of journalists. “Democracy and growth can thrive only when journalists are able to report without fear and citizens can have access to information to make knowledgeable choices” but expressed deep concern about the alarming number of journalists killed on a daily basis without justice being served.

Minister of Information Ghana, Dr. Mustapha Abdul-Hamid, in his address, demanded greater media professionalism and respect for ethics saying that “deliberate misinformation campaigns by some elements in the democratic states and inadvertent misinformation by the media due to the desire to be first to break the news were some emerging risks that needed to be addressed”.

Abdul-Hamid charged media owners to build the capacity of journalists to enable them work effectively adding that the media should recognize the power they have and make effective use of it.

Nnenna Nwakanma, Senior Policy Manager of World Wide Web Foundation in an inspiring keynote address advocated freedom of information, safety of journalists and removal of laws that adversely affect the productivity of journalists. Nwakanma had strong words for governments and their agencies hindering digital rights/Internet and access to information online, saying they were undermining democracy and development.Ethiopia, Mauritania and Benin Republic are among African countries known to have engaged in Internet shutdowns at huge costs to consumers, the media and businesses. 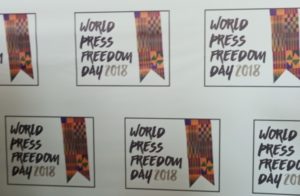 An artistic exhibition of journalists killed across the world including some Nigerian journalists by Wahrheits Kampfer Truth Fighters, a German freedom of the press organization, was one of the major side events of the WPFD 2018.