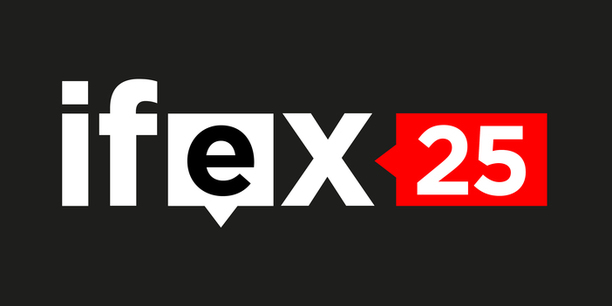 What happened at IFEX at 25?

Marking our 25th anniversary defending freedom of expression and information, we gathered in Montreal for the 2017 IFEX Strategy Conference.

The focus was on our version of the ‘3 Rs’ – Rights, Resistance and Resilience. In other words, what our members fight for, the way they fight and how they endure the often relentless attacks on their work and organisations promoting our rights. But the conference was also about networks: the internet, collaborative working and friendship.

More than 150 delegates from over 60 countries attended. Alongside IFEX members, there were representatives from civil society organisations, funding agencies, government and the media. All came to explore new ways that we can take on the complex, ever-evolving challenges to our right to free expression.

Kicking off the conference, IFEX Executive Director Annie Game described the worsening situation for rights globally; she noted new trends in repression and spoke about dearly-missed IFEX members who had been prevented – by detention or travel ban – from attending our conference:

“IFEX members who came to our meeting in Trinidad, who should be in this room with us today, are not here. We are witnessing increases in travel bans, the blocking of foreign funding, criminalization of dissent, online harassment, arrests, detainments and draconian legislation aimed at paralyzing civil society groups… and it is working. Some of our colleagues are in prison… some awaiting trial or living in exile and… others still, whose organisations are just hanging on by a thread. We know this because we campaign on their behalf, challenge laws that would infringe the right to freedom of expression and information and confront those who would violate these rights.”

We also listened to inspiring speeches from rights activists about the fundamental importance of protest: Black Lives Matter’s DeRay Mckesson defined street demonstrations as “telling the truth in public”; Acción Ecológica’s Alexandra Almeida told us how her organisation used creativity and humour to resist the government of Ecuador’s “distorted narratives”; and indigenous activist Erica Violet Lee identified an old truth at the very centre of protest: “What will save us is our disobedience.”

Our keynote speaker, the historian and free expression advocate Timothy Garton Ash, highlighted the double-edged nature of our growing digital inter-connectedness. Although a “fantastic gain for free speech,” he said, the internet had facilitated a new kind of threat to our right to free expression – a threat coming not just from governments, but from the “private superpowers of the net.”

It was inevitable, then, that among the many dynamic workshops offered to members the role of the internet would play a huge part. So, alongside sessions on impunity, gender, fundraising and how to best use international mechanisms, there was also a series of vigorous group sessions in which we wrestled with issues such as surveillance, privacy, online smears, digital security, media literacy and, of course, the ubiquitous ‘fake news.’ These meetings were an opportunity for members to analyse current challenges to freedom of expression, debate strategies for confronting them and explore ideas for potential future collaborative work across the network.

And we also made sure that our hardworking members had space and time to relax and unwind, talk to their colleagues and just have fun – as so many did at our Resist-Dance!

By the end of our time together, the seeds of new, potential collaborations and friendships had been sown and 17 new organisations had been added to the IFEX network.

In her closing remarks, Annie Game looked to the future, summing up who we are and why we do what we do: “In a way IFEX is the antithesis of the current global trend toward populism, racism, isolationism – our network is growing, diverse, respectful and connected as a global community of free expression advocates… who see the benefit of collaboration and the power of conviction. As I have taken to saying to the doubters… we work on rights… because we are right.”

IFEX would like to thank the following donors for their generous support of our work: