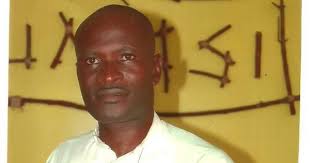 The African Freedom of Expression Exchange (AFEX) has frowned on the rising attacks on and violations of the rights of journalists, media practitioners, freedom of expression activist groups and individuals across the continent, particularly in the Anglophone regions of Cameroon.

It also berated the increasing crackdown on the media and journalists working in Mozambique, Sudan, the Democratic Republic of Congo (DRC), Tanzania, Zimbabwe and Nigeria in recent times.

Several journalists have been arbitrarily arrested, detained, jailed or physically assaulted for exercising their fundamental right to freedom of expression and access to information in these countries.

Rising from its Seventh General Meeting held in Berlin, Germany on Sunday, April 7th, AFEX, a network of African freedom of expression and media development organisations which are members of the global press freedom advocacy network, IFEX, also condemns the continued detention of Mozambican journalist, Mr Amade Abubacar who has been in detention since January 5, 2019 without charge;

The organisation further condemns the high level of impunity for crimes perpetrated against journalists and other media practitioners in the various countries resulting in an increase in freedom of expression violations on the continent.

It calls on African governments “to commit to upholding freedom of expression rights at all times as well as actively engaging in the co-sponsorship of safety of journalists or freedom of expression resolutions while actively ensuring the implementation of such resolutions by monitoring, reporting, and investigating crimes against journalists and punishing perpetrators.”

AFEX reiterates “the importance of establishing coordinated multi-stakeholder national mechanisms to guarantee the safety of journalists and other media practitioners who remain the major victims of freedom of expression violations, at both national and regional levels.”

The organisation expresses concern “about the increasing use of network disruptions or internet shutdowns to stifle critical voices and public debates in general in various African countries, including Chad where social media platforms have been shut down since March 28, 2018.”

Other countries that have recently resorted to the use of network disruptions or Internet shutdowns, it noted, include the DRC, Gabon, Sudan and Zimbabwe. “There have also been increased reports of attacks against internet users such as journalists, activists, bloggers and individuals for their online activities in Somalia, Zimbabwe, Uganda, Nigeria, among other countries.”

It further expresses “serious concern about the apparent forced disappearance of Mr Gwanda Azory, a Tanzanian freelance journalist who has been reported missing since November 21, 2017 and the continued lack of information about his whereabouts.”

While commending the government of Liberia for “decriminalizing libel in the country amidst deteriorating state of freedom of expression and access to information rights on the continent”, it urges other governments across the continent to follow suit by putting in place “urgent measures to decriminalise libel and defamation in their respective countries.”

AFEX also commends the Parliament of Ghana for passing into law the Right to Information bill and calls upon the President of the Republic of Ghana, Mr Nana Akufo-Addo to sign the bill into law speedily. It also recognises “the efforts of the African Union Special Rapporteur on the Revision of the Declaration on the Principles of Freedom of Expression in Africa as a commitment to uphold and promote freedom of expression on the continent”.

The group demands “that Cameroon urgently adopts measures to end the massive crackdown on the fundamental human rights of journalists, political activists, civil society actors and the entire population of Cameroon living in the Northwest and Southwest regions of Cameroon since October 6, 2018, a day after presidential elections were held,” urging the government to ensure that the rights of citizens are upheld at all times;

While requesting that the government of Mozambique should immediately and unconditionally release the detained journalist, Mr Amade Abubacar, and allow him go about his journalistic duties freely and independently; it also demands “that in fulfillment of its responsibilities under international law to protect persons within its territory, the government of Tanzania undertakes a full investigation into the disappearance of Azory and makes the report of its findings public.”

It also urges journalists and other media professionals working across the continent to remain steadfast in the practice of journalism while ensuring professionalism at all times.

The meeting, held ahead of the biennial IFEX Strategy Conference and General Meeting, was presided over by Mr Edetaen Ojo, chairperson of AFEX’s Steering Committee and also the Executive Director, Media Rights Agenda (MRA). The meeting was attended by representatives of eleven of AFEX’s 12 member organisations from West, East, Central and Southern Africa. AFEX members present at the meeting reviewed the activities implemented by the network from November 2018 to April 2019.

The meeting also provided an opportunity for members to share experiences about the safety of journalists’ situation in different countries and regions in Africa and how to confront widespread impunity for crimes against journalists in the respective countries or regions.

Members of AFEX resolved to increase awareness about the need for African governments to adopt or put in place monitoring and reporting mechanisms at the national and regional levels aimed at promoting the safety of journalists’ situation on the continent and the overall improvement of the freedom of expression situation in Africa.

AFEX members also welcomed three new members into the AFEX network. These are: ADISI-Cameroon, the Collaboration on International ICT Policy in Eastern and Southern Africa (CIPESA) in Uganda and the Gambia Press Union (GPU). This increases the membership of AFEX to 15 organisations.

Photo: Jones Abiri, detained for over two years by the Nigerian government.