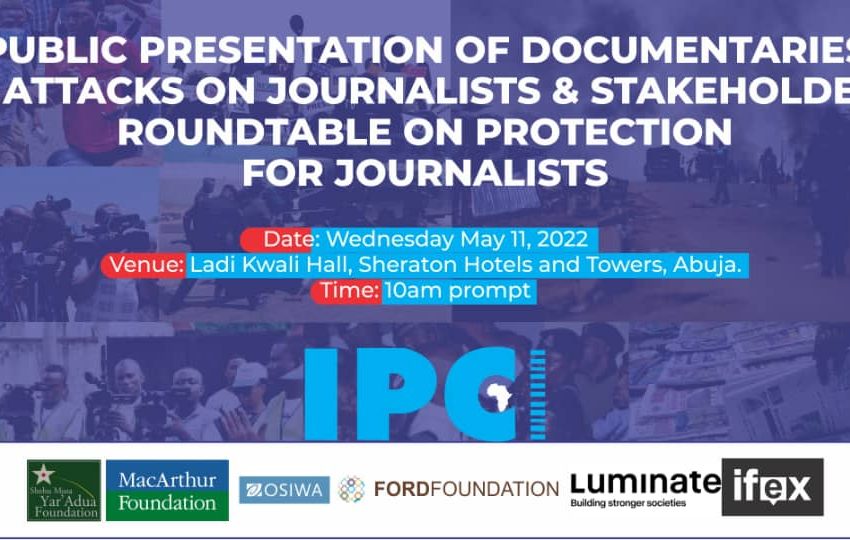 KOLE SHETTIMA, IGP, NPO LEADERS, OTHERS TO SPEAK AT IPC LAUNCH OF DOCUMENTARIES ON ATTACKS ON JOURNALISTS AND STAKEHOLDERS’ ROUNDTABLE

The International Press Center (IPC) is set to launch two documentaries and a publication on attacks on journalists in Abuja tomorrow – Wednesday May 11, 2022 – in Abuja, FCT.

The event being organised to commemorate the year 2022 World press Freedom Day held globally on May 3rd under the theme: ‘Journalism Under Digital Siege’, will also feature a stakeholders’ roundtable on protection for journalists during periods of national crisis or public emergencies.

Mrs. Stella Nwofia, IPC’s Programme Manager, said in a statement that the two-in-one-event is conceived by the organisation to bring stakeholders together to examine sustainable frameworks and mechanisms for halting media repression, stop impunity for crimes against journalists and guarantee the safety of journalists, amidst concerns over the shrinking of the civic space in Nigeria.

According to her Dr. Kole Shettima, the Director of MacArthur Foundation will deliver the Keynote address while Alkali Baba Usman, the Inspector General or his representative shall also be a speaker. Mr. Kabir Yusuf, the President of NPAN, is expected to present the publication.

Amara Nwakpa, Director Public Policy Initiative of Sheu Musa Yar’adua Foundation, will deliver special remarks alongside a representative of the International Freedom of Exchange (IFEX), which along with MacArthur Foundation, Luminate, Ford Foundation and OSIWA are supporting the event.