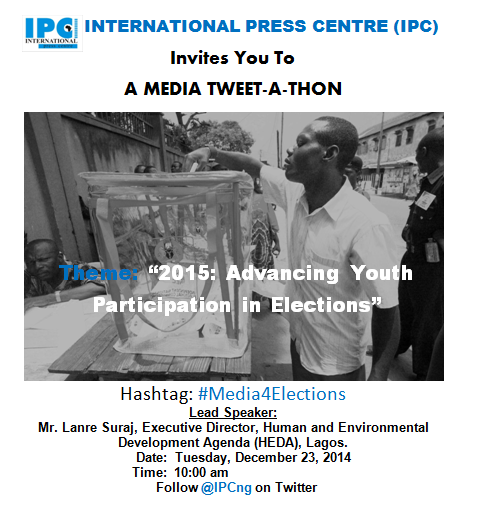 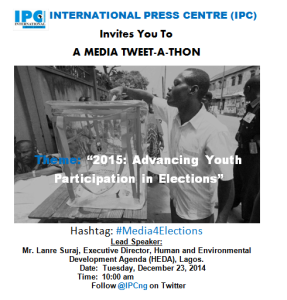 The International Press Centre (IPC), Lagos-Nigeria will hold her sixth media tweet-a-thon with the theme: “2015: Advancing youth participation in elections” on Tuesday, December 23, 2014.

According to Mr. Lanre Arogundade, Director of IPC, the tweet-a-thon with hashtag #Media4Elections is a monthly activity supported by UNDP DGD III aimed at promoting active media engagement and active citizens’ participation in the electoral process ahead of 2015 elections.

Arogundade noted that the program will be interactive as there would be a question and answer session by the participants physically present as well as following on twitter and other social media channels.

He urged Nigerian youths and other members of the public to participate in the programme through their Twitter handle.